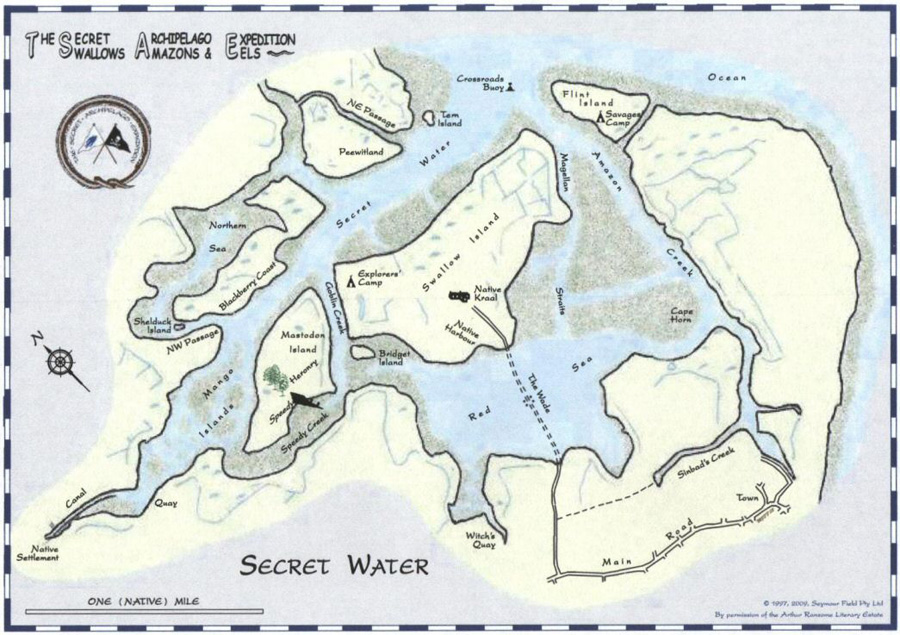 Also, a good deal of the low-lying UK East Coast was damaged and sea-walls breached (which were often not repaired), allowing permanent saltwater intrusion on to primarily grazing land.

I had a good deal of trouble establishing the then-coastline of various parts of Secret Water when drawing my map because what the coast was like after the '53 floods is quite different to what it was when the book was written. (For instance, compare the north and south-east coasts of Swallow Island today with what it I believe they looked like at the time of the story.)