Re: Passing on the Ransome Legacy-now MORSE CODE 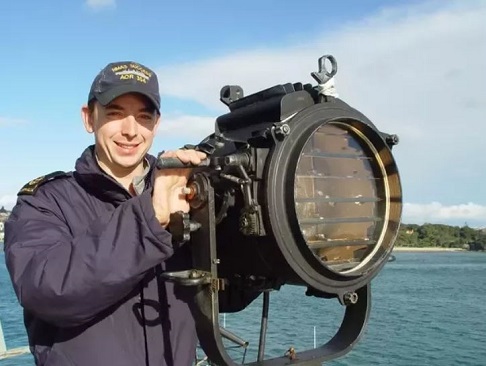 Ed, I learned Morse the hard way, by rote. As a kid, after Lights Out at night, I'd get my Dad to flash me a couple of letters from the bedroom door till I could identify them -- two letters a night at first, then any letters of the alphabet at random. I haven't used any Morse for the best part of 60 years, but I reckon I can still remember most of it from that time. (I think there's quite a bit to be said for rote learning of basic stuff.)

Most of my Morse was sent by torch (flashlight), and the torches of those days usually had a special flash button as well as an ordinary on-off switch. While you held the button down the light would be on, and as soon as you released it the light would go off. This made them simple to use for signalling, and was of course what they were there for. While it lasted, this was a much simpler method than your occulting method. But no torches seem to come with flash buttons these days, and in their absence the occulting solution is a good one. (It's also the way an Aldis signalling lamp works, and I note it was the way the D's with their hurricane lantern signalled to Mars.)

The other use of Morse for signalling is via the International Code, by which a sentence can be sent in one letter. AR's best example was the use of the letter U (dit dit dah), 'You are standing into danger'. He uses it in, say, GN when the children are being chased by the gaels (where he also uses V, 'I require assistance'). He even wrote a short story, "Two Shorts and a Long" about that signal. Then there are the one, two, or three toots on a horn or whistle used by the D&Gs to indicate they are turning to starboard, or to port, or are going astern. These are the letters E, I, and S in the Code.

Also, compare the use of a Code flag itself -- as in S for 'I need a pilot' in WDMTGTS, or P for 'We are about to sail', in SW. And the quarantine flag L the children use in WH -- lots of examples.(But note that the International Code has been changed since AR's day, and, for instance, it's now G for a pilot. However, many of the others still have the same meaning.) Most of us don't carry a set of signal flags around with us though, whereas many still have a handkerchief we can wave.

Along with all your various methods of signalling by Morse, there was another one I used to use once in a while. I could signal to a mate in the classroom by winking an eye, a dot or a dash being identified by the length of time of the wink. Undetectable, and very useful occasionally....